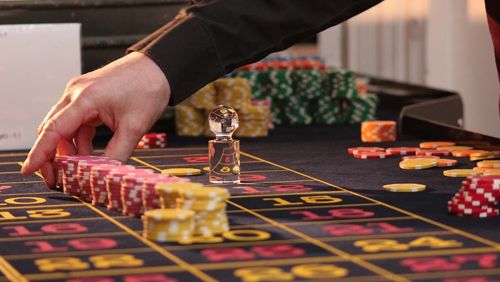 It may have taken a little longer than he would have liked, but Ukraine President Volodymyr Zelensky has finally fulfilled one of his goals. Zelensky had first wanted to see legalized gambling in 2019, but the intricacies of establishing a regulated industry proved to be a bigger challenge than many may have imagined.

Legislators were able to approve a casino bill, Bill 2285D, last month without too much resistance, and Zelensky has now been able to put his signature on the legislation, as well. With the ink now dry, Ukraine could see new casinos popping up before the end of the year. Bill 2285D reversed a poor decision made 11 years ago when the country decided to ban almost all types of gambling.

As a result, Ukraine suddenly had a huge void in its revenue that it wasn’t able to fill and, to add insult to injury, black market gambling operations began springing up with no way to stop them. When Zelensky was sworn in last year as president, he vowed to reverse the damage, and allowing a regulated gaming industry is the first step toward keeping that promise. As was to be expected, the path toward legalized, regulated gambling in the country was not an easy one, and there was a lot of initial opposition.

Lawmakers stalled and argued, failing to reach agreements on key areas such as licensing, taxes and more. However, perhaps as a result of a fledgling global economy caused by COVID-19, legislators suddenly found a way to put aside their differences and fast-track 2285D earlier this year. The country’s parliament then made some adjustments to the bill before it was approved at its second reading in July. Going forward, Ukraine will have eight regulated gambling sectors – online casino, retail casino, online sports gambling, retail sports gambling, slot machine venues, online poker, lotteries and totalizer contracts.

If everything goes according to plan, the country expects to be able to pick up around $166 million from gambling tax revenue and licensing this year alone. After that, provided the world returns to normal, the figure could easily double. One casino operator is already waiting in the wings to get involved, and others won’t be far behind. Parimatch will submit its license application as soon as regulators say go, and CEO Sergey Portnov said in a statement, “I would firstly like to congratulate President Zelensky for delivering on his pledge to legalise gambling in Ukraine. He has shown that he is a man of his word and we fully support his agenda to liberalize the local economy.

Parimatch has long argued that the development of a fair and regulated betting industry will really benefit Ukraine. We are fully committed to conquering our home market by delivering a product that can entertain the people of Ukraine. We are also proud that we can now contribute to the country’s economy and help grow its technology industry.”

Portnov issued a word of caution, though, explaining that too much taxation will keep the regulated industry pinned down, while allowing the black market to continue to flourish. He stated, “However, for us to deliver these benefits in the long-term, we need a fairer tax system which is currently too punitive and uncompetitive compared to similar international markets. It is vital that this is addressed as soon as possible to ensure the enduring viability of the industry in Ukraine.”